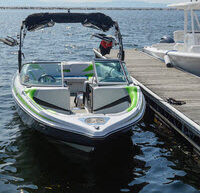 Hit-and-run car crashes are not an uncommon occurrence on Florida’s roadways, but many boaters and swimmers do not realize that these accidents can also occur on the water. In fact, hit-and-run boat accidents are more common than you might think.

In 2017, Florida had 766 boat accidents, the highest number of accidents than in any other state. Recent hit-and-run boating accidents, which occurred near Miami Beach, highlighted the problem of collisions on the open water in which a boat operator flees the scene of the accident.

Two hit-and-run boat collisions occurred near Miami Beach on the same day, and authorities are investigating whether the accidents were related. According to Fox News, the two boat accidents happened a short time apart near Miami Beach. As a result, two people were injured.

In one boat accident, which may have been a hit-and-run, an injured person was rescued from the water and hospitalized. The first crash occurred just before 9 p.m., while the second crash took place soon after near Star Island.

In the second boat accident, one person went into the water after the collision. He was rescued and taken to a hospital. So far, investigators do not know whether the two hit-and-run collisions near Miami Beach were caused by the same boat operator.

What Does Florida Law Say About Hit-and-Run Boat Accidents?

Like a car driver, a boat operator has a duty to operate their watercraft in a safe and reasonable manner in order to avoid endangering other people. If a boat operator disregards the safety of others and causes a collision, which results in personal injury, death, or property damage, the boater can be held liable for the resulting losses.

If a boat operator collides with another vessel, hits a swimmer or diver, or causes property damage, Florida law requires them to remain at the scene, assist the injured parties, and wait for the authorities. Just like a car driver who flees the scene of a crash is charged with a third-degree felony, a boat operator who fails to stay at the scene may face legal consequences.

If you were involved in a hit-and-run boat accident – either as a swimmer, diver, or operator of another watercraft – and the other party fled the scene of the collision, you may still be able to seek compensation through your insurer. If the hit-and-run boater is later identified, not only could they be held liable for causing your injuries and damages, but may also face criminal charges.

In Florida, a boat operator can be held liable for causing an accident even if they did not make direct physical contact with another vessel. For instance, if the operator of a boat creates a wake that causes another boat to capsize, he or she may be held liable for the resulting harm.

Speak with a Miami boat accident attorney to establish liability in your hit-and-run accident and identify all available sources of compensation. Contact Pita Weber Del Prado for a case review by calling at 305-670-2889 or filling out our contact form.