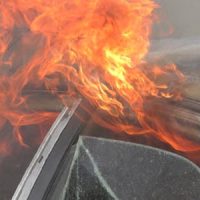 Car accidents in Miami happen on an unfortunately frequent basis. While all drivers involved are required to stop immediately at the scene, many opt to flee instead. A recent hit-and-run accident in North Bay Village emphasizes the potential dangers and the devastation these drivers often leave in the aftermath.

Police are searching for a driver responsible for a fatal hit and run accident on Harbor Island. The crash claimed the lives of a local mother and her two children and has left the tight-knit community stunned. According to a June 28, 2022 CBS Miami News report, it happened on the 79th Street Causeway, east of the bridge that links the North Bay Village community with the city.

Surveillance video from a nearby gas station shows a driver speeding and crashing into a car in front of him, causing it to erupt into flame. The driver, identified as a 24-year-old local man with a criminal record spanning several years, immediately fled the scene. The people in the vehicle he struck, a mother and her two young children, all suffered fatal injuries. Two were pronounced dead at the scene and another passed after being transported to a local hospital.

Neighbors in the community are reeling over the loss and have held prayer vigils every evening since it happened. While police and fire crews cleared the wreckage, skid marks on the road, a scorched crosswalk sign, and a toy tossed haphazardly into the bushes serve as a grim reminder of what happened.

Unfortunately, hit and run car accidents in Miami are all too common. According to the Florida Department of Highway Safety and Motor Vehicles (FLHSMV), in roughly 25 percent of all crashes that happen in our area, a hit and run driver is involved.

What causes a motorist to attempt to evade responsibility and cold-heartedly leave the scene of an accident, with seemingly little regard for victims? In many cases, their actions can be attributed to one of the following:

Fortunately, most hit-and-run drivers are eventually caught. The quick actions of police and investigators on the case often rely on witness statements, surveillance videos, and tips from the community to arrest those at fault and provide justice for victims and their family members.

Injured In A Hit and Run? Contact Our Miami Car Accident Lawyer Right Away

When car accidents happen and the at-fault driver flees the scene, Pita, Weber & Del Prado take the swift actions needed to identify them. If you are injured in a hit and run crash, call 305-670-2889 or contact our Miami car accident lawyer online and request a consultation right away.