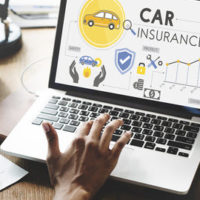 Anyone who has purchased car insurance in Florida knows about the mandatory Personal Injury Protection (PIP) that all drivers are required to carry. This coverage is expensive, and often serves as a barrier to recovery for injuries and damages sustained in car accidents. The purpose of PIP coverage is to make Florida’s system for determining liability in a car accident a no-fault process. This means parties injured in car accidents must turn to their insurance companies for reimbursement for medical expenses, and not the other driver. However, there are strict requirements for obtaining covered medical treatment, as well as firm limits on how much an insurance company will cover. The stated purpose behind this system is to limit unnecessary litigation, which insurance companies claim drive up the cost of premiums. However, this system has been under attack in recent years, and study paid for by the State in 2016 revealed that drivers could reap significant savings if the no-fault system was abolished. Florida lawmakers are in the process of introducing a bill in each chamber that aims to get rid of the no-fault car insurance system, and replace it with standard bodily-injury coverage. An overview of the bill currently under consideration, and what passage could mean for individuals injured in car accidents, will be explored below.

The bill currently proposed in the Senate (the House bill is forthcoming) repeals all provisions of Florida’s No-Fault insurance laws, including the provisions that limit the liability of a driver who injures someone while operating his/her vehicle. Instead, drivers would be required to purchase bodily-injury liability coverage, which is currently optional, and would put Florida in line with vast majority of other States that require drivers to have financial responsibility coverage for injuries inflicted on others. Further, the Senate bill would also require medical payments coverage. Specifically, drivers would be required to buy $90,000 of bodily injury, and at least $5,000 for medical payments. However, these policy limits would be phased in over time, starting with $20,000 in bodily injury coverage by January 1, 2019, with full implementation by January 2023 at limits of $30,000 for the injury or death of one person and $60,000 per accident. The House bill is expected to impose bodily-injury coverage of $25,000 per person and $50,000 per accident, with medical insurance being optional.

The minimum $10,000 limit for PIP coverage is one of the lowest in country, and rarely comes close to covering all of the injured parties’ expenses. Further, the key component to personal injury cases, and the one that typically gives the victim the highest amount of damages, is the pain and suffering he/she experiences, such as the loss of enjoyment of life and the physical suffering he/she will endure in the future. Under the current law, this category of recovery is not available to car accident victims, unless he/she was inflicted with scarring/disfigurement, a permanent injury, or the loss of a bodily function. This standard excludes many victims from recovering a meaningful and fair amount for their injuries, but if the no-fault system is repealed, this limitation would go away. This change would allow car accident victims to hold the responsible party directly accountable for his/her actions, and potentially collect damages for the pain and suffering presently denied to so many.

Being injured in a car accident can devastate and change your life forever. If you were the victim of another driver’s negligence, talk to the attorneys at the Miami law firm of Pita Weber & Del Prado about your options for filing a personal injury claim. Irresponsible drivers need to be held accountable, and Pita Weber & Del Prado knows how to build a strong case so you have a good chance of receiving compensation for your injuries. Contact us for a free consultation.

By Pita Weber & Del Prado | Posted on October 13, 2017
« Heart Conditions and Medical Malpractice: How Doctors Can Get It Wrong
How Courts Evaluate Expert Medical Testimony »