Challenging a Denial of Insurance Coverage 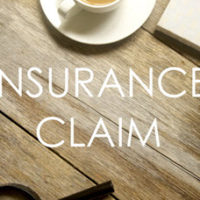 Getting an insurance claim denied goes against the peace of mind this relationship is supposed to provide. Thus, it is important to pursue legal action, if necessary, to ensure the insurance company lives up to its obligations. There are two methods that are primarily used to contest denial of insurance claims, and both will be discussed below.

In addition, a denial of coverage can be challenged based on mistaken facts. If the insurance adjuster (the representative that typically decides whether to approve a claim or not) denies a claim based on mistaken facts, even if the denial was made in good faith, the company may still be liable if that belief is later proved to be incorrect.

A second option that is available in certain circumstances, and would provide a legal claim in addition to breach of contract, is that the insurance company acted in bad faith when it denied the claim. Florida law requires insurance companies to act in good faith and in the customer’s best interests. If the company fails to do so, it could be liable for acting in bad faith. Essentially, claiming the insurance company acted in bad faith means the plaintiff believes his/her claim was improperly handled according to standard industry practices and/or Florida law. Examples of improper claim practices include:

Trying to fight an insurance company on your own is likely to be a losing battle. They have full legal teams at their disposal ready to bury you in paperwork and complicated court hearings. The attorneys at the Miami law firm of Pita Weber & Del Prado can help level the playing field, and give you a real chance at getting your claim paid. Contact us today to have your case evaluated.

By Pita Weber & Del Prado | Posted on July 7, 2017
« Who Is Liable for Injuries Caused by a Child?
Issues of Potential Malpractice during Pregnancy and Childbirth »