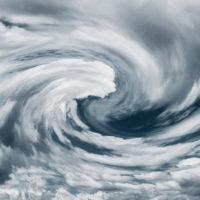 As Floridians start to assess the damage and begin the slow return to normal life following Hurricane Irma, hundreds of thousands are grappling with significant water, flood and wind damage to their homes as a result of the storm. Most will turn to their homeowner’s property insurance to pay for the repair or replacement of their houses and contents, but more than few will be forced into insurance disputes before claims will be paid. Insurance companies do not want to pay out thousands of claims following major storms like the one just experienced because of the high cost, and will use a variety of tactics to deny or underpay legitimate claims. With current estimates of over half a million property damage claims filed for Hurricane Irma-related damage, the likelihood of many denied claims is extremely high, and may lead many homeowners to believe they must pay for damages out of their own pockets. However, a claim denial should not be taken at face value, and should be reviewed by an experienced insurance dispute attorney to determine if the company’s procedure and explanation was proper. A discussion of how to document and prepare a claim for hurricane damage, and some ways insurance companies try to avoid these claims, will follow below.

Preparing to File a Claim for Hurricane-Related Damage

Dealing with the aftermath of a major hurricane can easily overwhelm anyone, and those directly and most severely affected may put off filing a claim for property damage as they try to get their lives reoriented. Prioritizing other issues first makes sense in many situations, and even if a person is not immediately ready to file a claim, there are things he/she can do in the interim to gather the information needed to file a property damage claim. First, preemptively alerting the insurance company about the existence of property damage will assist adjusters with locating damaged areas and finding homeowners in the coming weeks. Importantly, claims are typically handled on a first-come, first-served basis. Thus, homeowners should try to file a claim as soon as practical, especially in light of the multiple phone calls that are likely necessary to initiate the process. Further, photos should be taken of any damage, and detailed notes about all conversations with representatives from the insurance company should be kept for later reference, information that could prove crucial in the event of a dispute. Finally, all receipts for immediate expenses, such as emergency repairs, temporary housing and meals should be kept. Policies can include reimbursement for these additional living costs.

One important point to understand about recovering costs from damage due to a hurricane is that most policies include wind damage, but damage from a hurricane is usually subject to a separate deductible before policy benefits are available. Further, few homeowners have flood insurance due to the exorbitant cost, and most policies have “anti-concurrent causation” clauses that basically say that if the damage is in whole or part caused by an event excluded under the policy, no part of the claim will be paid. Asserting anti-concurrent causation clauses as the basis for denying a claim is one of the principal methods used by insurers to avoid payment. Other techniques frequently used include:

Trying to get an insurance claim paid is more often than not a fight, but not one that you have to face alone. Use the services of the attorneys at Pita Weber & Del Prado to get the benefits you are entitled to receive. Insurance companies are notorious for denying claims, and Miami’s Pita Weber & Del Prado knows how to break apart a company’s improper interpretation of the policy so you can walk away with full amount the insurer is obligated to pay. Contact us today for a free consultation.

By Pita Weber & Del Prado | Posted on November 17, 2017
« Who Is Responsible When a Malfunction Causes a Boating Accident?
Medical Records and Medical Malpractice Lawsuits »