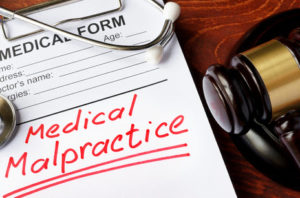 People encounter situations that pose a risk of injury on a daily basis. Most of the time, observation and common sense will keep someone out of harm’s way. An injury due to the negligence of a doctor, on the other hand, is not something easily observed or avoided and can lead to a medical malpractice lawsuit. Everyone must consult with a doctor at some point in life, and if an injury occurs in this context, it can be devastating and life-altering. Because of the large responsibility doctors have to preserve a person’s life and health, they are held to a higher standard when determining liability for a person’s injury. This is reflected in the special rules that govern medical malpractice cases. The principle reason an injured party sues a doctor or medical facility is to recover monetary compensation. In legal terms, this money is referred to as damages, and goes toward paying for past and future medical treatment, and to make up for losses in the person’s life caused by the injury. The Florida Supreme Court is currently reviewing a case on the constitutionality of limitations on damages in medical malpractice cases, and an appeals court recently ruled, in a separate case, that these restrictions violate the state constitution. While parties wait to hear what the Florida Supreme Court will say on issue, they need to understand the current laws on damages in medical malpractice cases so they know the extent of possible recovery.

Economic damages are quantifiable financial losses someone experiences as a result of injury. Things such as lost wages, past and future medical expenses, and lost earning capacity fall under this category. In Florida, a medical malpractice plaintiff can only recover 80 percent of lost wages and future earnings, and these numbers are reduced to present value when calculating the actual amount, so this number will never equal what the party would actually earn if the injury did not occur. Note that this category of damages is fixed because the numbers are linked to quantifiable losses, so the jury has no ability to award a higher amount.

This category of damages is the one currently causing controversy, and relates to compensation for pain, suffering, and other non-financial losses related to daily life. Non-economic injuries are not quantifiable, so juries have the ability to award any amount they want. Florida, like a number of other states, reformed this area of the law in the early 2000s, and limited the amount of money a plaintiff may be compensated in medical malpractice cases. Specifically, if a doctor is found liable for malpractice, the highest amount of non-economic damages the law permits is $500,000. However, the amount goes up to $1,000,000 if a person is left in permanent vegetative state or dies, but a court must first determine that a particularly severe catastrophic injury occurred justifying a higher damage award. In addition, if the injury happened during medical emergency, the doctor would be responsible for $150,000 in non-economic damages at most. These numbers are extremely low if one considers the grave injuries physician negligence can cause, and one would hope the Florida Supreme Court recognizes the unfairness of this provision in the law.

If you believe your injuries were caused by a doctor’s negligence, talk to a medical malpractice lawyer about the possibility of recovering for your suffering. These are complex matters that require the experience and attention one can find at the Miami law firm of Pita Weber & Del Prado. Contact the firm today for a free consultation, and learn how we can help you hold the responsible party accountable.

By Pita Weber & Del Prado | Posted on December 16, 2016
« The Dangers Facing Pedestrians on Florida Streets
Who Is Responsible When a Construction Worker Is Injured? »