Hamburger Menu
Menu
Close Menu
Click here for an important message Concerning the Coronavirus
Miami Injury Lawyer > Blog > Medical Malpractice > What to do if you Discover a foreign object in your body following surgery? 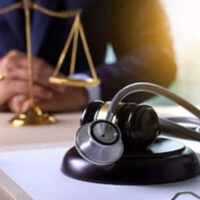 You might have read the title of this blog and thought “WHAT?” How could that happen? Does that actually happen?

Well, while it may be difficult to believe, this does actually happen. And more often than you might think (or want to believe). Now, sometimes there are items that medical professionals intentionally leave inside a patient’s body (e.g. orthopedic hardware such as plates, rods and screws). Most of the time, however, if something is left behind following surgery it was in error. And often, you won’t know about this error for weeks, months or years later!

Take, for example, the case of Jane Doe (real name not used here). In 2016, Mrs. Doe gave birth by C-Section to a beautiful baby. The procedure was an emergency and fortunately, the baby was delivered safely. In a few days, Mrs. Doe was discharged from the hospital and home with her family and their new baby.

Nearly 2 years later, Ms. Doe began feeling strange pains in her abdomen. At first, she chalked it up to the “after effects” of a C-Section. Perhaps her internal organs were still “settling in” following surgery. But when the pain became unbearable, she went to the Emergency Room. Within a few minutes, a CT Scan revealed the culprit – a surgical sponge in her abdomen! The sponge had adhered to Mrs. Doe’s small intestine, which required doctors to surgically remove the sponge and a portion of her intestines. Because she’s had only had 1 surgery in her adult life, it was clear that the sponge was left there during the 2016 C-Section.

So, what to do? First, Ms. Doe demanded that the hospital preserve all of the evidence including the sponge. She also insisted that the hospital photograph the sponge and the resected small intestine. Second, Ms. Doe immediately contacted a family friend who is an attorney. Although he is not a medical malpractice attorney, he suspected that this was a case of malpractice. In fact, there is a Florida Statute that states specifically that leaving a foreign object in a person’s body following surgery establishes a “rebuttable presumption” of negligence on the part of the entire surgical team. Once Ms. Doe’s friend became involved, he contacted Pita Weber Del Prado partner, Randy M. Weber. Third, once Pita Weber Del Prado began representing Mrs. Doe, we immediately filed a Petition for Extension of Time per Florida Statute Section 766.104. The filling of this petition automatically extended the Statute of Limitations by 90 days.

One important and interesting issue that we addressed in this case is something called “the discovery rule.” You see, Florida’s Statute of Limitations for Medical Malpractice cases is 2 years. That is, you have 2 years from the date that you knew or should have known of the negligence to file a medical malpractice lawsuit. This is a very strictly enforced deadline. In this case, Mrs. Doe did not know (and could not have known) about the sponge until 2 years after the surgery. On its face, this may be concerning given the statute of limitations. But Florida law is wise in this regard: the Statute of Limitations does not begin to run until the date that Ms. Doe “discovered” the existence of the surgical sponge.

Shortly after completing the pre-suit investigation, as required by Florida law, Pita Weber Del Prado filed a suit against the entire surgical team. After litigation and before trial, Pita Weber Del Prado obtained a substantial confidential settlement on Mrs. Doe’s behalf. Today, Mrs. Doe continues the healing process. She has worked hard to overcome her injuries. And through resolution of this case, she and her family have put this lawsuit behind them. They are a happy, beautiful family. And we are honored to have represented Mrs. Doe.

By Pita Weber & Del Prado | Posted on November 25, 2019
« Injured in a Boat Accident on a Vessel Operated Illegally in Miami: What to Do?
PWD – Committed to our Community….Committed to our Clients. »