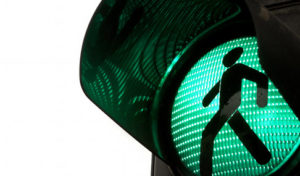 Americans are known for their devotion to their cars and love of driving, but sometimes, people feel an irresistible urge to go for a walk. However, take a look at the roads around the state, and one will notice they are not pedestrian-friendly, and drivers are not especially cognizant of people traveling on sidewalks or crossing the road. Pedestrians must remain on constant defense, and are susceptible to injury from careless drivers, which could leave the driver liable for compensation in a personal injury lawsuit. Just how dangerous are Florida roads? A study conducted by Smart Growth America, on the safety of pedestrians on America’s streets, found that the roads in Florida were the most dangerous in the nation. Orlando, Tampa/St. Petersburg, Jacksonville, and Miami specifically were rated as the top four most unsafe cities in the country for walkers, which is attributed to the prevalence of wide roads with high speed limits to facilitate travel. Florida has laws that regulate how pedestrians and drivers should conduct themselves when using roadways, and evidence that a driver violated one these regulations could support holding him/her legally responsible for injuries a pedestrian experienced due to the driver’s actions.

Due to the very serious consequences that often occur when cars hit pedestrians, Florida has a number of laws that regulate both pedestrian and driver behavior when traversing a road or sidewalk. The goal of these laws is to limit the possibility of pedestrians coming into close proximity with cars so the probability of a collision can be reduced. Consequently, the law requires pedestrians to:

In conjunction with regulation of pedestrian behavior, drivers must:

Evidence that a driver violated one these regulations would make it easier to show the driver is responsible for the pedestrian’s injuries.

If a person is hit by car, the legal basis for suing the driver in court is negligence. This legal theory says that a person is liable for someone’s injuries because he/she failed to exercise the proper amount of care that would have prevented the harm. In order to prove someone was negligent, the plaintiff must present evidence to prove the following in court:

One important note about fault in liability cases is that both parties can share some fault for the accident. If that is the situation, the driver would only have to pay damages to extent he/she caused the injury. Thus, if the pedestrian was 45 percent at fault, and the driver 55 percent, the driver is only responsible for 55 percent of the pedestrian’s damages.

Talk to a Personal Injury Lawyer

Pedestrians will always be vulnerable to injuries from cars, and if you suffered an injury due to a driver’s negligence, it is important to hold the driver responsible. You should not have to bear the burden of lost wages and medical bills alone, and the driver needs to know that his/her actions are not acceptable. The lawyers at the Miami law firm of Pita Weber & Del Prado will fight to get the money you deserve. Contact us for a free consultation.