Can You Sue for an Amusement Park Injury? 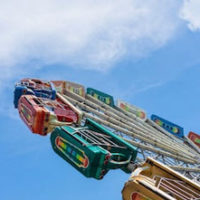 Visiting an amusement park is almost a rite of passage for summertime enjoyment. In addition to generally enjoying the outdoors, amusement parks allow people to enjoy the perception of their bodies being placed at the edge of safety and the laws of gravity. While safety measures are in place to prevent injury, going to an amusement park is risky. If an injury does occur, it is crucial to engage the services of an attorney experienced in personal injury law to ensure the maximum compensation to adequately recover the cost of any damages is collected. Recently, a Florida man lost his quest for compensation regarding an eye injury he suffered during an armed robbery attack while at the South Florida Fair. Although the gentleman won at the trial court level, he lost on appeal as the court held that his damages were limited by sovereign immunity, since the South Florida Fair was operated by a governmental entity. Although government-operated fairs are not the norm, this article does illustrate the potential risks inherent in visiting an amusement park. A discussion of personal injury law, in general, and typical injuries that can happen while visiting an amusement park, will follow below.

Personal Injury Law and Other Laws Applicable to Amusement Parks

Personal injury law, which applies when an individual is injured while on another’s property or as a result of another’s actions, is based upon the legal theory of negligence. To be successful in a negligence action, a plaintiff must prove that the defendant not only breached a duty to keep the plaintiff reasonably safe from harm, but also that the breach was the proximate cause of damages to the plaintiff. In the context of amusement parks, the owner must maintain the property in a reasonably safe manner, correct any dangerous conditions, warn patrons of known dangerous conditions, and act reasonably toward their guests.

In addition to these general laws, amusement parks must obey other laws and safety regulations specifically designed to ensure guest safety. These amusement park regulations have been developed by local, state and federal governments to help prevent accidents on amusement park rides, carnival rides and fair rides.

While the risk of injury at an amusement park is relatively low, on the order of one in 9,000,000, the reality is that some patrons do sustain injuries. Typical amusement park injuries can happen in the following ways:

An experienced personal injury attorney can help to link an injury like those listed above to the breach of a duty of the amusement park.

Additionally, as in the matter cited above, it is important to note that amusement parks involve interacting with the public. Accordingly, injuries can occur as a result of this interaction. However, in this regard, the amusement park may not be liable, unless, for example, it could be shown that the amusement park knew of a dangerous condition, such as the presence of unruly patrons who have shown a propensity for injury in the past.

If you suffered an injury while at an amusement park, contact an experienced personal injury attorney as soon as possible. The attorneys at the law firm of Pita Weber & Del Prado have experience in various personal injury matters and can determine whether the injury justifies legal action. If so, we will work to determine the best course of action to get you the compensation you deserve. Contact our Miami office today for an initial consultation.