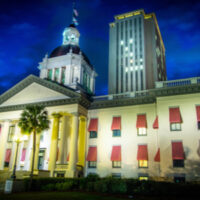 Florida’s personal injury statutes do not provide an adequate level of protection to those injured in auto collisions and other accidents. One Florida woman has recently learned it the hard way.

A recent report by Legal Examiner details how the state’s car accident laws “ruined” a woman’s life following a devastating auto accident in the Sunshine State. A driver of a pick-up truck crushed the woman’s vehicle, which required rescue crews to airlift her to a nearby trauma center.

As a result, the woman received two knee replacements, a hip and wrist replacement. After the collision, her employer offered health insurance after the car crash. The employer’s insurance covered some of her medical bills but did not provide sufficient coverage for the tens of thousands she faced in future expenses.

The state’s no-fault insurance doctrine works in a way that requires injured parties first to seek compensation through their own insurance company. Then, they can file a third-party claim against the at-fault driver to recover damages that are not covered by their own insurer.

However, in this case, the reckless driver did not have enough coverage to pay for the woman’s injuries. Unfortunately, Florida is one of only two states that do not require motorists to carry mandatory bodily injury liability coverage. This type of coverage would pay for injuries or wrongful deaths resulting from their own actions.

Under the existing doctrine, there is a “gap in coverage” if your injury is so severe and costly that your insurance cannot pay for all your recovery costs, and the at-fault party is uninsured or underinsured to pay for the remaining damages.

In this case, the woman’s damages and losses could have been covered if the at-fault motorist had bodily injury liability coverage. For years, attorneys and legal experts in Florida have been pushing for a change in the law. Florida does not have a law that makes bodily injury coverage mandatory, while 48 other states already require their drivers to carry this insurance coverage.

Since the 1970s, Florida has been a no-fault insurance state. The Sunshine State’s laws require drivers to carry $10,000 in personal injury protection (PIP) coverage. The goal of the outdated doctrine was to lower the number of personal injury lawsuits and reduce insurance premiums.

However, none of that was achieved. Florida courts see thousands of personal injury lawsuits every year, while on average, auto insurance in Florida costs more than $1,180 per year, according to Quote Wizard. By contrast, the national average cost is nearly $890.

Contact a Miami personal injury attorney at Pita Weber Del Prado if your claim exceeds your insurance policy limits, but the at-fault party’s insurance coverage is not sufficient to cover the remaining damages. Call at 305-670-2889 to discuss your options.