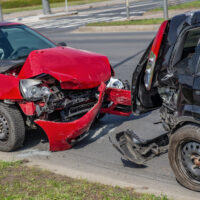 Although the driver who rear-ended another vehicle is presumed to be at-fault in the vast majority of such collisions, the driver of the car in front may also be responsible in certain situations.

A rear-end collision is the most common type of car accident in Miami, Florida, and all across the nation. When one vehicle rear-ends another, the well-known presumption is that the tailing driver is at fault. However, that is not always the case.

Speak with our Miami car accident attorneys at Pita Weber Del Prado to determine whose fault contributed to the rear-end crash in your case.

One person was hospitalized after a motorist rear-ended a Miami Police SUV in Northwest Miami-Dade. The accident occurred on Monday night near Northwest 27th Avenue and 41st Street, according to WSVN.

As a result of the impact, one person in the back of the City of Miami Police cruiser was injured. The victim, who appeared to be conscious and alert following the crash, was transported to Jackson Memorial Hospital with a serious injury after rescue teams put him in an ambulance.

The rear-end accident involving a police vehicle occurred more than a month after a drunk female driver hit a Miami police officer in a DUI crash.

But is the driver of the dark-colored sedan that rear-ended the police cruiser automatically at fault for the collision? Not necessarily. Although the tailing driver is almost always considered at least partially negligent in a rear-end accident, there are cases when the driver of the car in front is responsible for causing the crash.

Can the Driver in Front Be Responsible for the Rear-End Crash?

In certain situations, the driver of the car in front of the tailing motorist can be negligent in a rear-end crash. For example, if a driver suddenly and unexpectedly slows down or comes to a full stop, the tailing driver will not be able to avoid the collision regardless of whether there was a safe distance between the vehicles.

The driver of the vehicle that got rear-ended can be at fault for the rear-end accident in the following situations:

In any of these situations, the driver of the car in front would likely be considered negligent. Depending on the circumstances, the driver who was rear-ended can be either fully or partially at fault. Since Florida is a pure comparative negligence state, both drivers in a rear-end collision can share the blame.

For example, if the tailing driver did not maintain a safe distance, but the driver of the vehicle in front failed to indicate his intention to make a turn, both drivers will most likely be negligent. Contact Pita Weber Del Prado to discuss liability in your rear-end crash. Call our Miami car accident attorneys at 305-670-2889 to get a free case evaluation.