Hamburger Menu
Menu
Close Menu
Click here for an important message Concerning the Coronavirus
Miami Injury Lawyer > Blog > Car Accidents > Miami Named One of the Best Driving Cities in the U.S., But Why?

Miami Named One of the Best Driving Cities in the U.S., But Why? 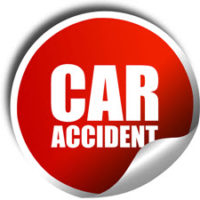 The online insurance marketplace ranked Miami as the fourth-best driving city in the nation. The cities were assessed based on four factors: Driving under the influence (DUI), accidents, speeding tickets, and citations.

Only Detroit, Louisville, and Chicago outranked Miami on the list. In a note by QuoteWizard, the city of Miami received high marks for its DUI rates and good scores in other evaluations.

Experts at QuoteWizard are not the only ones who noticed a downward trend in the number of DUI-related accidents in Florida. According to the annual report for 2017, the Florida Department of Highway Safety and Motor Vehicles stated that there was a 16% decrease in drunk driving fatalities compared to 2016.

Apart from alcohol-related car accident wrongful deaths, the same can be said about injuries in DUI-related accidents across Florida. According to the FLHSMV, there were more than 5,100 car accidents involving an impaired motorist in 2017.

How to Recognize a Drunk Driver?

As a motorist in Miami and other parts of Florida, you must exercise due care to prevent alcohol-related crashes. That is, avoid getting behind the wheel if you have a blood alcohol concentration (BAC) of .08% or more.

But what if another driver is drunk? If you spot a motorist who exhibits signs of an intoxicated driver, you should call the police. This step alone could potentially help save lives and prevent serious injuries.

These are the most tell-tale signs of a drunk person operating a vehicle:

While the intoxicated motorist is the first party to hold accountable for your drunk driving-related crash, there might be other parties who contributed to the accident. With the help of a Miami car accident attorney, you can establish fault and determine whether other parties – besides the drunk motorist – can be held responsible.

Thanks to Florida’s Dram Shop Law, the bartender and/or alcohol-serving establishments such as a bar, night club, or restaurant can be held liable if they served alcohol to the impaired motorist prior to your car crash. However, the law applies only if the establishment knowingly served to a minor or a person whom they know has a drinking problem.

Contact Pita Weber & Del Prado to determine fault in your alcohol-read road accident. Call our Miami car accident attorneys at 305-670-2889 or fill out our contact form for a free evaluation.