Suing a Police Department for Police Brutality or Misconduct in Florida 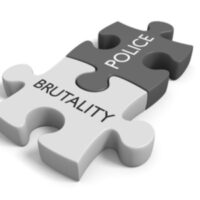 A recent attack on a female protester during a George Floyd protest in Fort Lauderdale, Florida, highlighted the problem of police brutality during protests. As reported by Sun-Sentinel, a police officer allegedly shot the woman in the head with a high-speed projectile, causing a serious injury to the head.

The woman was walking through tear gas dispersed by the police when the incident occurred. In her Facebook post, the woman insisted that she was “peaceful” but was nonetheless attacked. Like in many other cities across Florida and all across the nation, the protest erupted over the killing of George Floyd, a black man who was killed by a white police officer in Minneapolis.

The Use of Excessive Force by Police

The woman had been protesting for over three hours when the incident occurred. The crowd allegedly became agitated when a police officer shoved a kneeling protester. As a result, tear gas was dispersed, and the woman was shot in the head.

Photos surfaced in the media showed that the woman had a bulging eye and a bandaged head as a result of the alleged attack. However, the Fort Lauderdale Police Department blamed outside “infiltrators” for aggravating tensions during the peaceful protest.

A spokesperson for the police department warned that in any “civil disturbance,” protesters “may be unintentionally struck with a less-lethal projectile” despite the department’s “best efforts.” Their policy allows officers to use “less-lethal” weapons, including rubber bullets, in order to disperse protesters with no intent to cause injury.

The department’s policy for the use of less-lethal weapons can be found on its website. The policy says that officers should never aim to the head, face, or throat when using less-lethal weapons for “safety reasons.” A police officer is permitted to shoot in the head only when deadly force is “necessary,” the policy states.

Can You Sue a Police Department for Police Brutality?

Shooting a high-speed projectile in the head could be a stark example of police brutality, especially if the use of less-lethal weapons was not necessary during the incident.

In Florida, persons can sue a police department for the use of excessive force when it causes personal injury. Also, protesters and other individuals can pursue a civil lawsuit against the police officer or department for other forms of police brutality and misconduct.

Under Florida law, individuals must first notify a police department before filing a civil suit. This can be done through a notice of claim, which notifies the appropriate officer or department of your intent to file a lawsuit due to the injury in a specific incident.

You should seek legal help from a Miami personal injury attorney to help you draft and send the notice because it must include the details of the incident, the extent of your injury, and your request for compensation.

Often, the department will respond with a settlement offer to avoid litigation. However, if you were offered a settlement, it is critical to consult with a knowledgeable attorney to determine whether the offered amount is fair.

Contact our skilled Miami personal injury attorneys at Pita Weber Del Prado to discuss your police misconduct case. Our lawyers can help you pursue a claim against the negligent police officer or department in Florida if you were injured during a protest or in any other situation. Call at 305-670-2889 to schedule a consultation.

By Pita Weber & Del Prado | Posted on June 25, 2020
« Water Park Safety Tips: How to Prevent Injury
Can You Seek Compensation for Your Gym-Related Injury in Miami, Florida? »