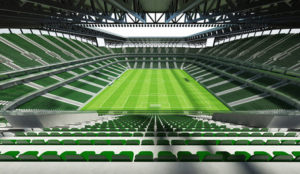 Going to a sporting event is an activity that people look forward to as a time to root for their team and enjoy the camaraderie of watching the game with other like-minded individuals. Attending a football or baseball game as a spectator is not an activity that is generally associated with injuries to fans, but unfortunately, these injuries do happen. Such injuries can come from balls, flying bats, and collisions with players for those sitting close to the field, and can lead the average fan to wonder what the personal injury liability is of these sport teams and stadiums for fan safety. The safety of baseball fans has been of particular concern the past few years as several fans have sustained significant injuries from foul balls. In a case close to home, a fan at Tropicana Field was hit by a foul ball early in the baseball season and suffered facial fractures. The stadium installed additional netting over the dugouts in hopes of preventing future injuries. In addition, two baseball fans filed a lawsuit in federal court demanding that all baseball stadiums be required to install additional netting to protect fans from foul balls and splintered bats, but the case was dismissed after the judge decided the chances of the plaintiffs experiencing another injury was too remote to support the case.

Injury Due to Hazards within the Venue

Fans at sporting venues face the risk of injury from several causes, and one of the most common is due to dangerous issues within the venue itself. Examples of such dangers include, a slip and fall on a wet bathroom floor or a broken handrail that causes someone to fall on the stairs in the stands. In either situation, a claim for negligence against the stadium owner and operator in a personal injury lawsuit would be the appropriate legal avenue available to an injured party. In negligence cases, however, the fact that someone fell is not enough to hold the stadium liable for an injury. The plaintiff must show the injury was due to an unreasonably dangerous condition that the stadium knew or should have known existed. Thus, if a bathroom floor was slippery after someone spilled a drink, a fall two minutes later would not be negligent because the stadium did not have enough time to identify and clean up the hazard.

Injury Due to Game Intruding on Spectators

The other situation where fans are most often injured relates to some object from the game itself, like a ball or puck, striking someone in the stands. Given the velocity and density of these objects, injuries sustained in this manner are often severe. However, tickets for sporting events all have disclaimers on the back that attempt to release the owners from liability by asserting that fans assume the risk of injury due to things like foul balls and broken bats. Individuals give implied consent to this condition by using the ticket to attend. Courts generally uphold these waivers of liability but allow some exceptions. Namely, if the injury could not be reasonably anticipated as part of the event, or the stadium failed to take reasonable steps to limit the possibility of injury, a court is more likely to find the stadium owner liable for an injury.

If you suffered an injury while attending a sporting event, talk to a personal injury lawyer about suing the stadium owner and/or operator to recover compensation for your injuries. The Miami law firm of Pita Weber & Del Prado represents injured parties in a variety personal injury matters, and can help you hold the responsible parties accountable. Contact us for a free consultation.