We are continuing to take action every day in the pursuit of truth.

Please visit www.supportsurfside.org to learn more about the building collapse in Surfside, Florida as well as to support those impacted by the devastating collapse.

On behalf of a family who lost their mother in the Surfside Condo Collapse of June 24, Pita Weber Del Prado has filed suit against the Champlain Towers South Condominium Association. Evidence released by the Town of Surfside and other documents that the press obtained show that the Condominium Association knew, since at least 2018, that the building’s structural integrity was dangerously flawed and compromised. The documents show that the Association had undertaken ineffective repairs even before then. The documents also demonstrate that the Association understood, well into 2021, that the problems were only becoming significantly and exponentially worse. 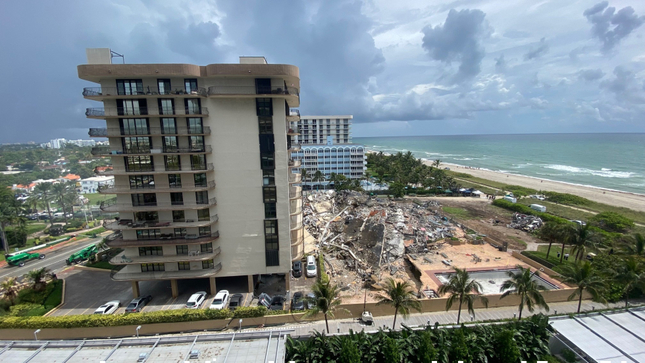 Preliminary plans to fix the structural problems were not filed with the Town of Surfside until late April 2021, the year that its 40-Year Recertification was due under Miami Dade County Code. In a 2021 letter to the Residents, the Association’s president said, “A lot of this work could have been done or planned for in years gone by. But this is where we are now.”

There is much more information to obtain. With the subpoena power and the other tools available in our civil justice system, Pita Weber Del Prado is dedicated to uncovering the truth, all of the facts, and identifying all responsible parties.

In 2013, PWD served as lead counsel in the Shuckers Deck Collapse in North Bay Village. That deck collapsed while customers were enjoying a Miami Heat Finals game in 2013.

In that case, PWD successfully obtained an order on punitive damages against the owner.

We are honored that we helped affect change to the Miami-Dade County Code to make commercial decks more safe. Now, the Code is no longer vague, and all decks attached to a commercial structure must be certified as part of the 40-Year Recertification.

PWD hopes that through this current lawsuit, we can again affect positive change in our community. Information that we learn through this case will be shared with County leaders to help bring about changes to the Recertification process, inspection regime, and association governance.

Our thoughts and prayers go out to the victims and the families of the Champlain Towers South Condo in Surfside, Florida which collapsed on June 24th. Pita Weber Del Prado are available 24/7 to help anyone looking for legal advice or information on the Miami Condo Building Collapse.