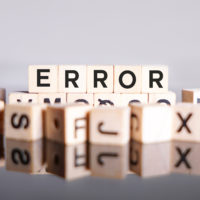 Electronic cigarettes, vape devices, and Juuls have quickly become a widespread alternative to smoking traditional tobacco cigarettes in the United States. Many long-time smokers switched to “vaping” e-cigarettes due to popular belief that e-cigs are “safer” than traditional cigarettes.

Smokers have long praised vaping for causing fewer respiratory problems than they experienced with smoking tobacco cigarettes, but product liability cases of people suffering injuries due to vaping keep piling up.

A recent report of a 20-year-old former athlete’s severe lung injury, which is being linked to vaping, has come to the attention of our team.

Ex-Athlete, 20, Suffers Lung Disease That Could Have Been Caused by Vaping

The report came on Thursday, August 29th, and was published in the Journal Sentinel. According to the report, a young former star high school athlete was hospitalized in Florida with severe lung injuries.

The ex-athlete, who was not named for privacy concerns, and his family believe that the illness is linked to vaping. The family members were in shock over how fast the young man’s health deteriorated.

Just days before the hospitalization, the man was doing up to 30 pullups a day, but then suddenly started to have a fever and chills for days leading up to being diagnosed with pneumonia.

Despite getting treatment, the 20-year-old’s condition kept getting worse. Speaking to the publication, the young man admitted, “[I was] in so much pain, I could barely breathe.” At one point, the man felt like he “was going to die.”

The former athlete, who started vaping after his sophomore year in high school, was admitted to the intensive care unit. Although hospital officials have declined to confirm whether doctors suspected that vaping is to blame for the young man’s lung injury, his family members believe that the illness could have been caused by using Juul.

According to the report, the man had been using Juul and refilling pods with e-juices that he had purchased at various local vape stores. The ex-athlete also admitted to vaping oils that contained THC, the main psychoactive ingredient found in cannabis.

Product Liability Cases Linked to Vaping Tick Up Across the U.S.

If the young man’s lung disease is linked to vaping, he could have grounds to file a product liability claim against the manufacturer, seller, and other parties in the chain of distribution.

This would not be the first case of lung injuries linked to vaping and e-cigarettes. According to CNBC, U.S. health officials are investigating 215 possible cases of severe lung injuries and illnesses associated with vaping across 25 states.

Last week, the Kaiser Health News reported on the death of a patient with a “mysterious lung illness linked to vaping.” In July, USA Today also reported on cases of teens hospitalized with “severe lung damage” that may have been caused by vaping.

Meanwhile, law firms across the country are taking on product liability cases filed by injured consumers and “vapers” against manufacturers, suppliers, distributors, and sellers of e-cigarettes, vape devices, and Juuls.

Liability for Injuries Caused by Vaping and E-Cigarettes

When a consumer is injured due to vaping, determining liability is extremely difficult. Like with any other product that causes an injury or death, liability is based on how the product was used by the injured consumer.

For example, it is easier to establish a link between the consumer’s injury and vaping in product liability cases in which a vape device or e-cigarette explodes and results in the injury.

In cases where a user disregarded or ignored safety warnings and failed to use the device in a reasonably foreseeable manner, it is hard to hold the manufacturer accountable for the resulting injury.

The third type of product liability claims based on vaping and e-cigarette injuries is illnesses and injuries – such as severe lung diseases – that develop over time. In these cases, proving that vaping was solely or predominantly to blame for causing the disease is practically impossible if the plaintiff is not represented by a Miami product liability attorney.

If you believe that your lung damage or other disease has been caused by vaping or using e-cigs or Juuls, do not hesitate to contact our lawyers at Pita Weber & Del Prado. Our multi-million-dollar settlements and case results speak for themselves. Call at 305-670-2889 to receive a free consultation.