One Tragic Example of How Negligent Security Practices Can Devastate Lives 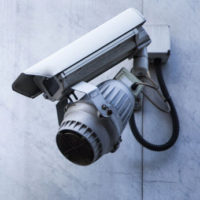 Negligent security is not an issue people generally want to consider. Instead, everyone wants to feel safe as they go about their daily lives. Feeling safe generally means believing one is secure at home, work and when visiting stores and businesses as a customer. Many businesses, in an effort to protect employees and the public, employ security systems to keep the premises safe from outside intruders. Even before implementing security measures, all property owners have a legal duty to keep the premises safe from conditions that could injure a visitor or business guest. This includes the duty to warn individuals on the premises about dangerous conditions, performing inspections to identify hazards, and fixing problems within a reasonable period of time. People tend to understand and expect property owners to take responsibility for unsafe conditions on their premises, but what about third parties who enter the property intent on doing harm to others? Does a property owner’s duty extend to this situation? A man paralyzed in 2014, after being shot by a mentally ill man who forced his way into the main library on Florida State University’s (FSU) campus, is asking that question as part of a lawsuit filed against FSU for negligent security. A discussion of what negligent security actually is, as well as when a property owner is legally obligated to use security measures to protect those lawfully on the premises, will follow below.

What Is Negligent Security?

Negligent security cases commonly occur when someone is mugged, assaulted or otherwise harmed due to a property owner’s inadequate security. These lapses in security often leave victims with serious physical disabilities, disfigurements and/or psychological trauma, as well as the possibility of death. Given that the consequences are so stark, understanding what is included under the umbrella of negligent security, and whether it extends beyond the presence or absence of security guards, is important information for injured victims. Some examples of situations that could legally qualify as negligent security include:

The main issue in most negligent security cases is whether the property owner could have prevented the injury by using more robust security measures. Evaluating the sufficiency of a property owner’s security often rests on how much knowledge he/she possessed about the risk of an attack. In legal terms, an owner’s advance knowledge about the potential risk of an attack is called foreseeability. Basically, if a property owner knew or should have known that third-party trespassers were likely to enter the premises in order to harm others and failed to institute sufficient security to prevent this outcome, the law says they could be liable for injuries caused by these outsiders. The amount of security a property owner would need to implement depends upon how likely and how frequently third-party trespassers could enter the premises, and proving the property owner should have foreseen such a risk often rests on the following types of evidence:

One important nuance applicable to negligent security cases to note concerns the potential liability of convenience stores, which are known to attract crime due to their hours and cash on-hand. Such stores are given a limited presumption against liability for third-party injuries to customers if certain security measures are present.

Negligent security cases are complex matters that require evaluation by an experienced personal injury attorney to assess whether a legal claim exists. The Miami law firm of Pita Weber & Del Prado understands how scary these situations can be, and will take quick and decisive action to get you the compensation you deserve. Contact us for a free consultation.