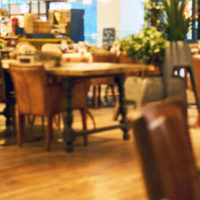 Frequently, the attorneys at PWD receive case referrals from fellow personal injury lawyers throughout Florida.  Often, our attorneys are asked to take over cases when the insurance carrier has denied liability or is refusing to pay a fair settlement value.  This was the case involving A.M.
In August 2015, A.M. was entering a local fast food restaurant when she tripped and fell over a 4 1/2″ step up into the restaurant.   A.M. Sustained a broken shoulder that required surgery to repair.  The insurance company for the restaurant denied the claim, arguing that the step was an “open and obvious” condition.   The attorney handling the claim associated with our law firm.  Immediately, PWD retained an expert in the area of architecture and human factors, as well as researching local building files, codes and ordinances.  It became evident that the step-up was a violation of industry standards, local and state laws, and was just plain dangerous.  PWD then filed suit against the restaurant and the property owner.  In the process of investigating, PWD discovered that many other customers had tripped, stumbled and/or fallen both before and after A.M.’s fall.   Within 12 months of filing this lawsuit, the case was mediated and resolved confidentially for a substantial six figure settlement.

More on Slip and Fall Accidents