Liability for Leaving Objects in a Patient’s Body 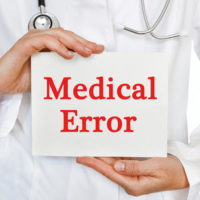 Undergoing a medical procedure, such as a surgery, necessarily involves risk. Even if considered “non-invasive,” a surgery will always require entry into the patient’s body, and whether it is a medical professional’s hand, a medical instrument, or even air, the inside of the patient’s body will come into contact with something foreign to it. Fortunately, the United States has a greater recovery success rate than the vast majority of the world. However, in some cases, complications may occur, and retaining the services of an experienced medical malpractice attorney can be crucial to recoup the financial cost of recovery from the complications. One unfortunate complication is leaving foreign objects, such as medical instruments, in the body after completion of surgery. An example of this occurred recently in Jacksonville, where a woman discovered the broken portion of a needle was lodged within her spine from a birth which occurred 15 years previous at Naval Hospital Jacksonville. No mention by the attending medical professionals of the needle was made to the woman, who had been suffering from leg and back problems ever since. A discussion of the legal standard for obtaining reimbursement for medical errors, including a special provision for leaving foreign objects inside a patient’s body, as well as some common reasons why this occurs, will follow below.

Claims for medical malpractice, essentially, are claims for a special type of negligence, and involve the injured patient providing evidence that the medical professional failed to keep the patient safe. Specifically, to be successful, the patient must prove the following:

Additionally, the Florida medical malpractice statute has a provision directly related to leaving foreign objects in a patient’s body. Specifically, the statute, which has been upheld by the Florida Supreme Court, notes that the mere discovery of a foreign object inside a patient, regardless of intention, shall be proof of medical malpractice on the part of the medical professional (in effect, such a discovery will be deemed proof of all of the above elements), and the amount of damages is often the only issue left to settle.

How Can This Happen?

Leaving instruments inside a patient’s body is considered, by both the medical community as well as the general public, to be preventable and one of the most unnecessary forms of medical malpractice. However, it, unfortunately, does occur, even in spite of the fact that technology such as tracking devices and chips has been shown to drastically reduce the number of occurrences. Rather than incur the minimal cost of implementing this technology, many hospitals pass on this expense. This is unfortunate, as the following list of common reasons for leaving a foreign object inside a patent illustrates that this technology is needed:

Further, in many cases, inadequate post-operation monitoring can cause such objects to remain undiscovered until, unfortunately, serious damage has already been done. As an example, sharp objects can puncture organs, and sponges can cause infection. Accordingly, if patents do not have the foreign object removed immediately, the consequences can be disastrous.

If you or someone you love recently underwent a medical procedure, and a foreign object was left inside either of your bodies, contact the attorneys at Pita Weber & Del Prado as soon as possible. We have years of experience in medical malpractice issues, including issues of foreign objects left in patient’s bodies. We will analyze your situation, and, develop a strategy for pursuing an action against the individuals they deem most responsible, in an effort to get you the most compensation possible. Contact our Miami office today for a free initial consultation.

By Pita Weber & Del Prado | Posted on February 7, 2019
« Who Has Liability in Self-Driving Car Accidents?
Crime, Foreseeability, and Negligence Claims »