Protecting Yourself Against Truck Accidents In Miami 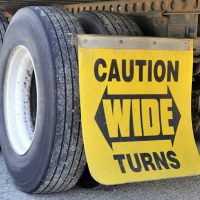 Traffic in Miami is often congested and no doubt, large trucks are part of the problem. While we rely on them to supply us with the products, goods, and materials we use on a daily basis, sharing the road with them can create serious hazards for motorists. Two recent truck accidents in Miami raise awareness of the risks and the need to take steps to protect yourself.

One Driver Killed, Another Injured In Miami Truck Accidents

Two recent truck accidents in Miami left one driver dead and another with serious personal injuries. The first occurred in the early morning hours of May 10, 2022, in Miami Gardens. According to a Local 10 News report, a semi-truck carrying a load of seafood was traveling north on Northwest 27th Avenue while a blue Nissan approached from the opposite direction. The truck attempted to make a left turn into a parking lot when the Nissan collided directly into the side. The impact caused both vehicles to catch fire. Fortunately both drivers were able to escape. The truck driver was uninjured while the Nissan driver is being treated at a local hospital.

A second truck accident in Miami occurred only days later. It also happened during the early morning hours, on the Gratigny Parkway near the entrance to the Palmetto Expressway. News reports indicate that a man in a Dodge pickup truck entered the Expressway going the wrong direction. He collided with an Amazon semi-truck attempting to exit and, unfortunately, died at the scene.

Protecting Yourself Against Truck Accidents in Miami

Semi-trucks, tractor-trailers, and other big rigs can easily weigh up to 80,000 pounds. This makes them harder to control and navigate, which increases truck accident risks. The heavy weight and bulk of commercial vehicles provides some protection for the truck driver. When truck accidents in Miami do occur, it is generally other motorists involved who suffer the most serious injuries.

To protect yourself, it is important for motor vehicle drivers to take extra precautions when sharing the road with large trucks. These include:

Request A Consultation With Our Miami Truck Accident Attorneys

Truck accidents can cause devastating personal injuries. To get the compensation you need to recover, request a consultation with Pita Weber Del Prado. Call our Miami truck accident lawyer at 305-670-2889 or contact us online today.

By Pita Weber Del Prado | Posted on June 28, 2022
« Acting As Your Own Patient Advocate Helps Reduce The Risk Of Medical Malpractice In Miami
Fireworks Safety Tips »