Your Cancer Misdiagnosis Medical Malpractice Lawsuit Could Be Worth $1 Million 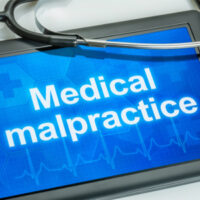 Any type of cancer can be misdiagnosed, from breast and lung cancer to kidney and bladder cancer. An estimated nearly 610,000 Americans die from cancer every year, though it is difficult to determine how many wrongful deaths occur due to cancer misdiagnosis.

Failure to make a timely cancer diagnosis means that the disease can start spreading through the body and onto other organs and tissues. The sooner cancer is detected, the more likely it is to treat the condition.

Cancer is a disease that should be taken seriously, which is why medical professionals must ensure a prompt and accurate diagnosis. Failure to do so may amount to a medical malpractice lawsuit, which could be worth more than $1 million.

A $1.28 Medical Malpractice Settlement in a Cancer Misdiagnosis Case

The estate of a woman who died of cancer misdiagnosis has received a $1.28 million medical malpractice settlement. According to NJ.com, the estate of a Sussex County woman was paid more than $1 million after doctors were accused of failing to detect her cancer.

The woman died at the age of 36 three and a half years ago after a battle with stage IV cancer. Her husband filed a medical malpractice suit six months after her death, accusing doctors of failure to treat his wife properly, which ultimately led to her death.

The lawsuit was settled shortly before an October 2019 trial was scheduled to begin. The lawsuit was filed against St. Clare’s Hospital in Denville, a pathologist, and gastroenterologist. However, both doctors and the hospital denied the allegations of failing to detect the woman’s cancer.

Doctors Failed to Detect Cancer in a Timely Manner

The woman first went to the emergency room in 2013 with complaints of severe pain in the abdomen. Shortly afterward, she underwent an endoscopy and surgery to treat a stomach ulcer. The biopsy was sent out for examination, but not enough samples were taken during the procedure, according to the lawsuit. The samples returned a false negative for cancer.

Because of the misdiagnosis, what would have been a potentially treatable cancer turned into terminal cancer, which resulted in the woman’s death. The lawsuit alleged that the treatment was “negligent, careless, and reckless,” and that the defendants deviated from accepted standards of medical practice.

According to the lawsuit, the woman would have had an up to 68% chance of living at least five years had the cancer been detected during the 2013 biopsy.

Filing a Medical Malpractice Suit in Florida After Cancer Misdiagnosis

In Florida, medical malpractice suits are based on two factors: the reasonableness of the conduct and the degree of harm. To recover compensation, an injured patient or surviving family member must prove that the medical error was unreasonable. Thus, you must prove that an average doctor would not have made the exact error under similar circumstances.

The degree of harm can be established based on the extent of your injury. Even if the doctor’s error resulted in minor damage, you might still have a valid medical malpractice claim. Even if there is the slightest likelihood of cancer, a doctor must order appropriate testing procedures to detect the disease in a timely manner.

Contact our Miami medical malpractice attorneys from Pita Weber Del Prado to evaluate how much your med mal case is worth and pursue a claim against the negligent doctor who deviated from the accepted standard of care. Call at 305-670-2889 to receive a case review.

By Pita Weber & Del Prado | Posted on January 15, 2020
« SKIP PITA SELECTED TO THE 2020 FLORIDA SUPER LAWYERS LIST!
Liability for a Boating Accident in Florida: Who’s at Fault When a Boat Crashes? »