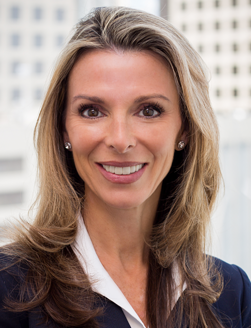 Shannon del Prado is the former President of the Miami-Dade Trial Lawyers Association. Shannon remains active in the MDTLA. She continues to run the Date with Justice Program, which she started when she served as President. She is also a member of the Million Dollar Advocate Forum. Since 2004, she has been recognized as a Top Lawyer by the South Florida Legal Guide in the area of personal injury and medical malpractice. And in 2011, she was named as a top lawyer in the Miami Herald.  From the start, Shannon wasted no time learning how to try cases. In her first trial, she won a $485,000 jury verdict. From there, she has gone on to obtain numerous successful results for her clients.

When it comes to the details of representing clients, nobody does it like Shannon.  She is thorough and knows how to maximize clients’ recovery. Her peers know it. In 2010, her peers elected her to the Board for the Miami-Dade Justice Association, the MDJA is Miami-Dade’s preeminent trial lawyer organization.

Shannon is licensed in both the state and federal courts of Florida. She has been selected by her peers for inclusion in The Best Lawyers in America 2020.

Prior to becoming a lawyer, Shannon worked for both the U.S. Departments of Justice and State throughout Latin American and the Caribbean. In addition to her law degree from the South Texas College of Law, she holds a masters degree in international business from George Mason University. She is fluent in Spanish and English.