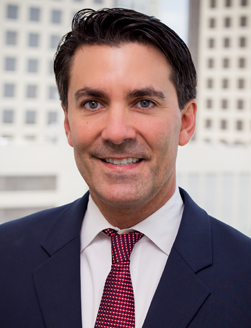 Skip Pita is a member of the Million Dollar Advocates Forum. He has been recognized as a Top Lawyer by the South Florida Legal Guide since 2002.  Since 2010, he has been recognized state-wide as a top lawyer in Florida’s Legal Elite.  Since 2011, the National Trial Lawyers Assoc. named Skip as one of the Top 100 Lawyers in Florida and then, beginning in 2017, the organization named Skip as one of the Top 25 lawyers for Medical Malpractice.  And since 2011, Best Lawyers in America with U.S. News & World Report has recognized Skip for his high caliber work representing the injured.   These rankings are all based on rigorous peer review.  Skip was elected to serve five consecutive years on the Board for the Florida Justice Association, the state’s preeminent trial lawyer association.

Past jury verdicts include a $10,000 million for a paralyzed South Florida security officer who was in a contested auto crash with a Hertz rental car.  After winning a jury trial in a contested medical malpractice case against a Miami hospital, Skip was nominated to the American Board of Trial Advocacy by his opponent, who was President of the Florida Bar.  The President said that he had never had a jury award more than was asked for.  Skip has achieved numerous seven figure results for his clients, whom he has been honored to represent.

After having juries award more that Skip requested in closing argument, Skip was asked to speak at seminars on persuasive closing argument. Skip believes in the jury system and that everything one does in the course of the litigation must have one singular objective – winning at trial.

Skip attended law school at Southern Methodist University and received a masters in law at George Washington University.  He attended undergraduate school at the University of Texas.

Skip grew up in both the United States and Latin America.  He is fluent in Spanish and English.