When Doctors Fail to Order the Appropriate Tests 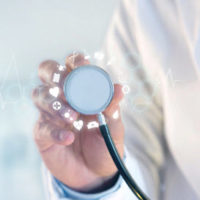 Diagnostic testing is a cornerstone to identifying an ailment or disease that is compromising a person’s health. Doctors are trained to know which tests to order based upon the complaints of a patient, and information gleaned through a physical exam. When doctors miss key indicators, and fail to order the correct tests, serious consequences can follow, including death. A medical malpractice claim can arise out of these circumstances, and the victim and his/her family may receive compensation for the harm caused. People coming in with medical problems, and especially those receiving ongoing treatment from the same physician, must be able to rely on the doctor’s knowledge about which tests to order, and how to interpret the results. Without this information, there are delays in treatment and missed diagnoses, two of the leading causes of medical malpractice cases. An Orange County woman who lost her husband to a serious lung condition in 2016 is suing the treating physician and the associated pulmonary clinic for malpractice for failing to perform any pulmonary function testing and terminating her husband’s prescribed medication prematurely. A discussion of factors that contribute to misdiagnosis or delayed treatment, as well as what an injured victim would need to prove to show medical malpractice in such cases, will follow below.

Reasons Behind Failure to Order Tests

Patients are entitled to component care, which can only come if a doctor has the requisite skill, and applies the appropriate level of attention to the medical problem. A lack of proper testing often prevents a physician from connecting key pieces of information that would lead to the correct diagnosis, and the course of treatment to alleviate the illness, disease or source of injury. A study on the cause of misdiagnosis or delayed treatment, frequently correlated with a failure to test, in 300 medical malpractice cases, found four primary sources:

Failing to keep up with current medical research, and over-delegating responsibility to inexperienced doctors or staff, are examples of two ways doctors can miss which tests to order. However, not all diagnostic mistakes are malpractice, because errors can be made even when doctors use reasonable care. The pivotal issue on the existence of malpractice is whether the doctor acted competently, and used the appropriate level of professional care when evaluating and treating the injured plaintiff.

Generally, malpractice plaintiffs must show the following elements to be successful: a patient/doctor relationship, negligence, and that the negligence caused an injury. In the context of failing to order the proper tests, an assessment of the doctor’s decision-making process, specifically how the doctor differentiated among possible diagnoses, is commonly made. Doctors make a list of possible diagnoses according to probability, and then use observation, patient input, and testing to first rule out various possibilities, and then identify the ultimate cause of the malady. To prove that a doctor or other health care provider failed to adhere to the professional standard of care, evidence that another doctor with similar skills and knowledge would have made the correct diagnosis, and order the appropriate tests under the circumstances, must be produced. This is typically demonstrated through expert medical testimony and reports. Frequently, the failure to order testing stems from not including the medical issue on the initial list of possible diagnoses, or dismissing it without first seeking opinions from more senior or appropriate specialists.

Talk to a Medical Malpractice Attorney

Being harmed by a doctor, a person everyone must trust at some point, is a huge betrayal of trust, and deserves compensation for the suffering. The Miami law firm of Pita Weber & Del Prado have years of experience litigating these matters, and will bring the dedication and knowledge needed to hold the responsible party accountable. Contact us for a free consultation.

By Pita Weber & Del Prado | Posted on March 2, 2018
« Negligent Care of Nursing Home Residents
Who to Sue When Bed Bugs Attack You »