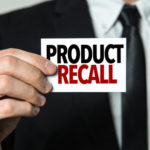 Keeping one’s car in a safe and working condition is a responsibility held by all car owners. Regular maintenance tends to ward off most major repairs, but car owners cannot predict or control issues that lead to manufacturer recalls. These recalls are almost always related to malfunctions that compromise the safe operation of a… Read More »

The safety of automobiles is once again in the news as another major manufacturer recalls tens of thousands of vehicles. According to reports, Acura is recalling 43,000 cars, citing seat belt issues. This comes as General Motors continues to deal with the backlash of its major recall earlier this year. Drivers and passengers constantly… Read More »

What the GM Recall Means to Florida Owners

General Motors is facing some tough questions, as government officials address the recent recall of more than two million GM vehicles. According to a recent reports, 32 vehicle accidents and 13 deaths are linked to a faulty ignition switch. The tragic case is a reminder of the various causes of Florida car accidents. Even… Read More »