This is a story of redemption. This is the story of Ernesto Ramos. Mr Ramos immigrated to this country from Cuba in 2001. After years of low paying commercial trucking jobs, Mr. Ramos finally bought a rig in 2012. Finally, in 2017, he landed a contract hailing Chiquita bananas from Port Everglades to the… Read More »

Pita Weber Del Prado obtains a $5.5 Million Settlement for a Security Guard Injured on the Job. Mr. Lopez was working at a warehouse owned by  a multi-national corporation. He had been stationed at the location for several years.  One day, as he was walking inside the warehouse, Mr. Lopez was hit by a forklift driven by… Read More »

This is the story of a man who overcame his injuries and built a business. This is a story about PWD’s belief in people and our commitment to doing everything necessary to help clients rebuild their lives and reach for goals that may seem out of reach. Mr. Jackson was a 48-year-old, skilled appliance… Read More »

PWD obtained class certification for thousands of Florida homeowners who had their hazard and windstorm insurance policy fraudulently switched at any time since May 25, 2014. The affected homeowners had lenders placed policies with American Security Insurance Co. (or one of its affiliated entities). Many of these homeowners endured Hurricane Irma damage or some… Read More »

In 2015, a homeowner pleaded with Mr. Vazquez to repair her roof in a small-town north of Tampa. Mr. Vasquez was not a roofer. He was handy, but his profession was window tinting in the local area. The homeowner did not want to pay a professional roofer. After pleading many times, Mr. Vazquez finally… Read More » 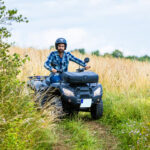 In December 2017, a tragic ATV crash resulted in very serious personal injuries to our minor client, John Doe. At first glance, there was very limited insurance coverage from which to compensate our client. In fact, it appeared that there was only $220,000 in insurance proceeds (which would have to be divided among 3… Read More »

Generally, Florida’s Workers Compensation Law provides injured workers with at least 2 guaranteed benefits: 1) Payment of injury related Medical Bills; and 2) reimbursement of 66% of the worker’s Lost Wages. And not much more. (Continue Reading…)

PWD sued a local retailer and distributor for a Minor who slipped at the store. The ligament tear in minor’s wrist became a more serious injury – Complex Regional Pain Syndrome “CRPS.” PWD proved that the substance on the floor came from one of the items being stocked the day the minor fell and… Read More » 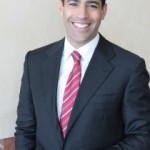 In early 2019 PWD filed suit on behalf of our 63 year old client who sustained a torn rotator cuff in his non-dominant arm as a result of an automobile crash.  Thereafter, our client underwent arthroscopic surgery. Prior to trial, PWD mediated and settled the case for $400,000.00 — less than 6 months from… Read More »

Mr. Jones (FN – client’s real name not used) was working as a security guard stationed in a building in South Florida. One afternoon, the building’s engineer requested that Mr. Jones look into a complaint from a tenant that the air conditioning was malfunctioning. Mr. Jones went to the suite as requested. On arrival,… Read More »